How Has The Fight Against Climate Change Unlocked a New Asset Class?

Home Blog Blog How Has The Fight Against Climate Change Unlocked a New Asset Class? 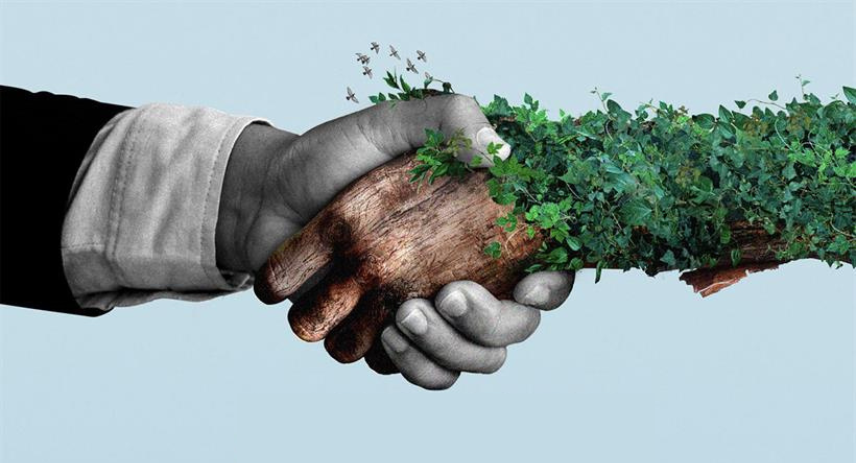 The increasing frequency and severity of weather-related catastrophes over the past few years have persuaded even the most skeptics that global climate change is inevitable. The size and complexity of the issue, as well as the necessity of maintaining a unified front in its defense, are being recognized by stakeholders.

The current escalation of the Russian-Ukrainian conflict will undoubtedly have additional effects on the transition process, putting additional pressure on the markets for commodities, energy, and supply chains. Because of the contrast between the necessary short-term investments and the long-term rewards, remedial actions on several fronts would necessitate careful planning, determined implementation, and correction as new data emerge and technology advances.

Whether or not the undertaking looks Sisyphean, humans have a proven track record of getting over such challenges when working in a collaborative attitude, as most recently evidenced by the record-breaking timeline of COVID immunizations. After all, “no man is an island,” as Donne so succinctly stated.

Carbon Offset Streaming made its debut on the NEO Exchange in July of last year, applying the tried-and-true paradigm of royalty-based finance to carbon projects all around the world. The company has gained a lot of momentum since then and has no plans to slow down.

According to Carbon Streaming’s creator and CEO, Justin Cochrane, “We’ve seen such an extraordinary response to the public listing in Canada. We also improved our listing on US OTC marketplaces, and we want to list on US markets in the first half of this year. To raise awareness among investors, project developers, and carbon market participants, we are actively working.”

While mainstream investors who are ESG-oriented are beginning to prioritize projects that have a beneficial direct or indirect impact on the environment, their knowledge of carbon credits, a financial tool used to restrict industry carbon emissions, is still quite limited. According to Cochrane, who sees huge return potential in the developing asset class, that is a potential missed opportunity.

According to him, “Carbon credit offsets are a replacement asset class for many investors, and they frequently exhibit low correlation with a wide range of other commodities and business sectors.” The market for carbon credits has functioned remarkably well. When compared to 2021, the EU compliance market had a year-over-year increase of almost 140%. In 2021, the GEO spot carbon contract increased by over 1,000%. We haven’t seen a return like that in oil, bitcoin, or the S&P 500.

Under that light, Carbon Streaming’s target internal rate of return of 15%—which, should carbon prices rise, might grow to 20% or even 30% in some scenarios—might appear quite modest. Those numbers might be more than adequate for investors who want to have an impact without sacrificing the performance they would have received from investing in broad equity indices.

Participating in carbon credit companies carries a certain risk, just like any other type of investment. In line with Cochrane, investors wishing to enter that market should be aware of the distinctions between compliance or regulated carbon markets, a $400 billion business subject to government control, and voluntary carbon markets, where supply and demand factors have a greater influence.

“You would like to ensure that you’re investing in the correct initiatives when you’re buying those credits [in the voluntary market],” he says. “Almost 6,000 carbon-related initiatives are active right now in numerous jurisdictions. To make sure we’re investing in the proper projects, our team at Carbon Streaming spends a lot of time with consultants and our staff. We are investing our money for, in some cases, a 30-or 40-year time horizon, so that process is crucial.”

Read More – How to Reduce Your Carbon Footprint

Investors of all stripes might feel a little uneasy about investing outside of regulated markets, but Cochrane underlined that initiatives to mitigate the effects of climate change are proliferating all around the world. He claims that voluntary markets have a chance to fill in the gaps in jurisdictions where regulated markets are not accessible and where some highly deserving projects are being carried out.

Even though compliance markets frequently allow for greater prices than voluntary markets, the voluntary carbon credit market surpassed the $2 billion level this year. According to Cochrane, the market segment made up of credits tied to initiatives meant to stop deforestation grew by about 300 percent between September 2020 and September 2021 last year, and his company doesn’t foresee a decline in that trend in 2022 or perhaps for the remainder of the decade.

According to Cochrane, not all carbon offset costs are equal; each has unique communal, social, and biodiversity benefits. “There are a lot of exciting new projects being created to satisfy the demand from businesses and governments wanting to reduce their carbon footprints. We are now working on transactions totaling over $700 million at Carbon Streaming, of which we consider $200 million to be near-term. By simultaneously addressing this enormous increase in demand and expanding supply, we are committed to aiding this industry.