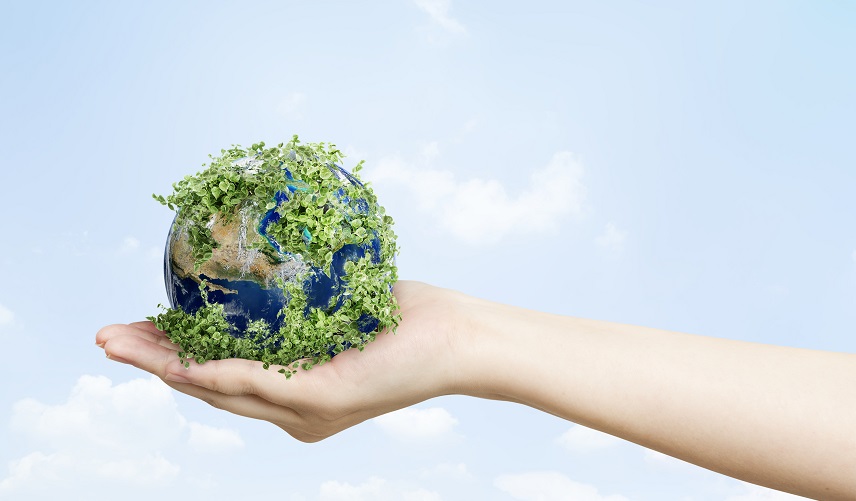 Greenhouse gases include methane and carbon dioxide that allow sunlight to filter through but are trapped in our atmosphere. The effect is similar to a greenhouse that keeps the planet warm enough to inhabit. Unfortunately, many human activities create more of these gases than we need. The more unnecessary greenhouse emissions we produce, the higher the average earth temperature.

Humans contribute to greenhouse gas emissions mainly by the amount of energy we use and how we use the land. Most of the time, energy for electricity and transportation comes from burning fossil fuels. Manufacturers are some of the biggest contributors to greenhouse emissions, like significant amounts of energy to produce products and keep facilities powered and heated. Add to this the different means of transporting goods to stores and customers.

As our population grows, humans are also expanding living areas and pushing out agricultural spaces. Trees and plants absorb carbon dioxide, so clearing forests and other greenery allows more carbon dioxide to remain in the air.

You probably recognize the phrase climate change, as it has been floating around since the 1950s. Back then, climate change was still a distant thought. The fact that humans could cause significant harm to the earth’s atmosphere was a barely believable notion. The topic began to rear its head more in 1971 when a group of activists set sail in a small boat called The Greenpeace in an attempt to stop nuclear weapons testing. They feared this testing could trigger an environmental crisis.

Since then, reducing carbon emissions has become a global concern. Most advanced countries recognize the dangers and are taking action to reduce their carbon footprint. Perhaps the most recent major innovation is the proliferation of electric vehicles.

Other critical moments in the discussion of global warming and climate change include the 1992 Rio Conventions; the Kyoto Protocol that set emissions targets for businesses five years later; and recently, 187 countries signing The Paris Agreement to limit the rise in global temperature.

A Course of Action – Carbon Credits

One potential solution is carbon credits. With the government increasing its involvement in the private sector, companies are searching for ways to limit greenhouse gas emissions while still turning a profit and producing quality products. It seems like carbon credits are becoming more popular, as carbon credit value reached a billion dollars by the end of 2021.

Simply put, a carbon credit is a type of permit representing a single ton of carbon dioxide. Individuals can purchase carbon credits to offset general household use, or large corporations may buy them to offset their emissions from industrial manufacturing, travel, and delivery transportation.

The number of credits a company can purchase is fixed and reduced over time. This provides an incentive to lower emissions in order to need fewer credits and not exceed the regulatory maximum.

Purchasing a carbon credit means a company agrees to take responsibility for removing some of the greenhouse gases they helped create or to at least offset them. Usually, the government sells carbon credits; however, third-party providers may also provide them for a profit. Companies with extra carbon credits may also sell them if they choose.

The carbon credit is a “permission slip” that companies purchase to allow emissions while actively reducing or offsetting carbon emissions. For example, when an individual or corporation buys a carbon credit, a farmer may plant some trees in exchange for that carbon credit. This represents the voluntary market of carbon credits, but a company may also be required to take action to reduce its carbon emissions.

Carbon credits are part of a “cap-and-trade” type program, like one used to reduce sulfur pollution in the 1990s. Purchased credits allow a company to produce greenhouse gases up to a certain amount. Reductions allow a company to sell excess credits for a profit and save money on buying credits.

Involuntary or compliance markets for carbon credits may impose a cap on emissions for specific sectors, including transportation and waste management. Once the company reaches its maximum emissions production, it must purchase more credits or use saved credits to maintain the appropriate required level.

Large corporations produce enough emissions in a week than an individual does in a lifetime. Nevertheless, creating an environment for change is imperative for everyone. The average American can generate up to 16 tons of carbon emissions through everyday activities. Some of these can include:

California residents may receive carbon credits to make up for gas and electricity consumption thanks to a state program funded by large industries.

If you are interested in discovering just how much carbon emissions you and your family produce, you can calculate your carbon footprint with Climate Carbon. With simple calculations, you can use factors like transportation and average household energy to help you become a more aware and proactive citizen. You can even purchase carbon credits for as little as $14 per credit to offset your carbon footprint.

Climate Carbon offers ways to learn more about reducing greenhouse gases and the ability to purchase carbon credits to fund environmentally friendly projects around the world.

Visit Climate Carbon today to become part of the solution for climate change!